We visited this restaurant several times during the day and enjoyed the food and friendly staff.  We had a meal here on our last evening and one of the ladies I was with had to move tables several times because people were smoking on the next table.  She was suffering from coughing and watering eyes due to the smoke.  We mentioned this to Popeye who said it is out doors so no smoking restrictions apply.  We suggested that perhaps half the restaurant could be non smoking, as I am sure there must be other people who suffer like this.   Do not want to give a negative review but the group I was with felt that this should be mentioned.

Loved the food everytime was there, hope to get back there again next year, cant wait.

just came back from tsilivi, been there 6 times and only gets better. popeyes is 1 of the best resturants in tsilivi and everyone should try it, dennis,fatos,khondi,aris are fantastic people. dennis who owns popeyes will do anything possible for you. meals got better every year weve been and we are booked to return next year. hope this report gets you all to try popeyes as you wont be disappointed i promise. see you all soon from your special family and thanks again for 2 lovely weeks

just arrived back from tsilivi today

very sad ,.would love to have stayed longer just a big thank you to dennis and andrew aris contis and the rest of the staff at popeyes for the wonderful food service and as we say here in ireland the craic it was mighty tanks again will have to hit the gym now to get rid of all the ice cream  and fab food we were servered in popeyes. hope to see ye all very soon love from sally chantelle and sarah in kilkenny ireland

Just like to say a HUGE Thankyou to all at Popeyes, especially the lovely Andrew, (see photo's ) he couldn't do enough for us and always with a smile on his face and a compliment to make you feel extra special.

The food here is amazing, we really enjoyed the fish dishes and the Greek style Trifle, ( I can't remember it's proper name ) is to die for.

thanks dennis and andrew couldn't thank you enough for the time of our life! absolutely amazing ! see you in 88 days! until then (as my dad says,) have a good one! bye dennis thankyou again xx all the family missing you /rte/clap.gif /rte/smile.gif /rte/tongue.gif

Just returned from another great week of eating at Popeye's, can't thank Dennis, Nikki and Andrew enough.  The food was brilliant as usual with plenty of choice, the swordfish was wonderful.  Thankyou for all the wonderful puddings you gave us.  Big thankyou to Andreas in the mornings for breakfast. Nice to see you all again and we look forward to returning in 2012.  Love from Lynn, Frank and a really big kiss to you all from Lisa xxxx

Popeyes is like a top end american diner. I have dined in many but seldom, do they deliver as well as Dennis and the gang at Popeyes! Great food and great customer service; you can see why they have been in business as long as they have and why people keep returning time after time. Dennis and Andrew in particular work the tables superbly and ensure a smile is put on your face. My wife and I love the Popeyes breakfast- its faultless- and recommend to all!!

A great cafe/restaurant, the staff there were very helpful, Bacon, Eggs etc done to your liking - the premises were very clean (far better than most breakfast places in London), whats more the food is served on your table piping hot.  It tastes great also, the guy who served us was great - they will even give you discount if you return next time round.  Also me and my girl have a big appetite and we both found the food to be great value for money and great - 10/10 for service, tasting and hygiene not forgetting the superb custom we experienced.  DO NOT GO TO ANY OTHER BREAKFAST PLACES ON THIS STRIP as hygiene could be problem.  If we go to Zante again Popeye's will be on the list - maybe we'll ask for a can o Spinach or two as well - lol - nah but it's great.

We've just returned from Tsilivi and ate twice at Popeye's during our 7 day stay.  Agree with other comments that Popeye's isn't a traditional Greek restaurant, however it's not trying to be and nor are any others in Tsilivi.  It's squarely aimed at British tourists in my opinion.

On both occasions the food was great and so was the service. The staff are very nice, attentive and helpful, even though this is always a busy restaurant.  As mentioned by others, Denis is really nice, made a fuss over my nine year old son when he fell up the steps on the way in, giving him a Popeye's key ring.
On our second visit, which was mid afternoon, on the last day before we were picked up, we were the only one's in the restaurant.  The waiters chatted away to us and we had a great time.  They did mess up our order and bought out one wrong meal, to be honest I would had eaten it as we were in a bit of a rush.  The staff wouldn't hear of it and brought out the correct meal within minutes.
Would definitely recommend a visit.  I think like other restaurants they are feeling the pinch as business drops off due to All Inclusives and the number of people not affording to go away.

Although this resturant looks more commercial and tacky compared to the traditional Greek Taverna's the service and food quality is good.

after reading reviews on trip advisor.Dennis and Andrew made us feel so welcome and added to the enjoyment of our holiday.The food is excellent and very good prices.I tried the lamb kleftico which was fantastic,give it a try.we don't really like going back to the same place to eat,we like to explore but Popeye's

was just to good to miss.Our son James who is 4 years old loved going to popeye's

.Dennis gave him a free Popeye's

T-Shirt and other small gifts.We can't wait to go back next year,Thankyou Dennis & Andrew,Miss you already

JUST GOT BACK FROM ZANTE MAY 2011 SECOND TIME FOR ME AND MY HUBS AND DAUGHTER LUCY .DECIDED TO RETURN TO POPEYES AND WAS GREETED WITH OPEN ARMS DENIS ANAD ADREW REMEMBERED ME AND FAMILY FRONM OCTOBER 2010 AND WE WERE TREATED LIKE STARS ..WHAT A LOVELY MAN DENIS IS AND ANDREW WELL HIS SWEET TOO AND LOVES EMIEM ANY WAY WE HIGHLY RECOMEND YOU GO HERE FOR ALL FOOD BREAKFAST LUNCH AND DINNER THEY ARE NICE BIG POTIONS AND NICE PRICE AS WELL WE WOULD LIKE TO SAY THANKYOU FOR LOOKING AFTER US AND LUCY LOVES HER POPEYES T.SHIRT AND HAS TOLD EVEYONE HOW KIND U ALL ARE TAKE CARE EVERYONE SEE U OCTOBER DANNY JULIE AND LUCY

hi everyone at popeyes, just got home this afternoon and had to write and thank you all for a wonderful week.  ate at popeyes all week, special thank you denis for opening up this morning and making us breakfast before we left for the airport - you are a star.  as usual all the food was wonderful,

"why try the rest when you get the best at popeyes".
staff go the extra mile for you, nothing is too much trouble, great choice and value for money, popeye's special pasta is fantastic, as are all the beef dishes and breakfast is brilliant. cannot praise you all enough, looking forward to seeing all again next year.
lots of love lynn, frank and lisa white xxxxx

Dined the whole week in popeyes. we was made to feel welcome and the food was outstanding, i do recommend you visit if you have children, we just cant recommand popeyes enough thanks

My mum and I came across Popeyes on the first day of our holiday while looking for an escape from the rain and the welcome was so good we went back every day of our holiday.  Dennis, Andrew and the rest of the staff were amazing and we felt like old friends by the end of our first visit there.  We didn't eat dinner there unfortunately but really enjoyed lunch, breakfast, coffee (my mum especially enjoyed the latte's and started a bit of a latte competition to produce the best one) and drinks.  Everything was cooked, prepared and served to the highest quality.  We didn't think of going anywhere else during the day or in the evening after that first visit which is highly unusual.  I know that the next time we come for a holiday, Popeyes will be our first port of call.  Brilliant!!

POPEYES WAS THE ONLY PLACE WE HAD OUR MEALS DURING OUR STAY AT THE RESORT, THE WIFE AND MYSELF TRIED DIFFERENT MEALS AND EVERY ONE WAS COOKED AND PRESENTED TO PERFECTION AND GIVING GREAT VALUE FOR MONEY. ALL THE STAFF WERE VERY FRIENDLY WITH DENNIS LEADING BY EXAMPLE. STRONGLY RECOMMEND ANY VISITORS EXPERIENCE POPEYES HOSPITALITY.

Went to see our good friend DENNIS at Popeyes. You couldn't meet a more nice person.As usual the food was excellent along with the service

. This is our 3rd visit to ZANTE and we always go to POPEYES. No matter what food we had it was always prepared fresh on site, and as usual was of excellent quality. We would HIGHLY recommend this restaurant to anyone visiting TSILIVI....you will not be disappointed!!!! Along with Dennis there's ANDREW who made us all feel very welcome...can't wait till we go back and visit them.

Excellent food Excellent staff loved everything about it!!!!!!

grrreat food. would recommend to anyone looking for nice reasonable grub

Had breakfast here most mornings! Andrew was great and always made us feel welcome, we never went away empty handed, always a pocket full of sweets and pens. The service was great, the food came fast and was always really nice. The Zakynthian breakfast is lovely. 10/10

Loved Popeyes, as always, lovely friendly welcoming staff, fantastic food - this meant me having 4 steaks across my holiday - recommend the New York sirloin and the Farmers. Nice family atmosphere for those of you with children! First time back in 7 years and the staff still recognized me! You'll love it if you go here, never had a bad meal or been unhappy with service

Thanks once again a big thanks to Dennis and Andrew plus all the other staff at popeyes for the warm welcome to my Family as well this time. As always a brilliant breakfast and fantastic steak. And all the Best on the immanent arrival of Andrews twin Girls congratulations From Doug Gill Ryan Connor.

View 7 posts by Doug B

Was first introduced to popeyes 2 years ago with my aunty and uncle, and been back all the time we are there, i love it you culdnt ask for anything better to be honest. just got back nearly a week ago and already booked up for next year to come back :) xx 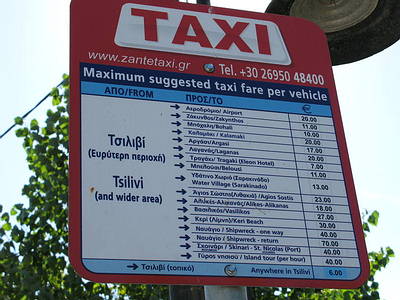 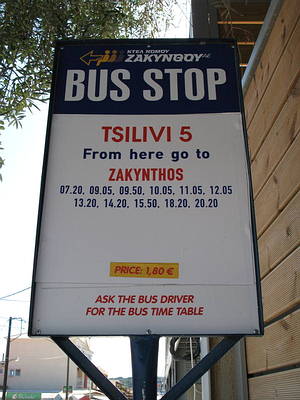