Hi Katerina , george,Georgia, & staff we are really Looking forward to coming back this year (2012) we are hoping to come for one month starting mid june we wouldnt dream of going any where else everything is just so perfect cant wait to see you all big hugs paul&jean rating 20 out of 10 SUPERB !!"! :) :) <3 <3

The Valais Hotel is  Not bad i Suppose for being the Best Hotel in Zante.

The Staff cant do enough for you and the family is one of the Best .

We have stayed here twice 2010 and have stayed in alykanas several times but always enjoyed the evening at the valias.I must say that the Valais Steaks is the Best steak you can have in the Katastari region.Trust me i have tried them all at one time and another.

WE Wish Katerina, George, Mama , the parrot and all staff a Great 2011  Season.

p.s   TAKE THEIR LITTLE BOAT AROUND THE ISLAND AND SEE THE TURTLES...
ALSO GREAT WAY TO SPEND 7 HOURS GETTING TAN AND SWIMMING IN THE SEE AND CHECKING OUT THE VIEWS ALONG THE WAY....
1 post by Chris K

we have been to alykanas 3 times with our 2 children it was our first time to stay in the valais hotel and we would highly recommend it we couldnt say enough about the staff who couldnt do enough for us they made our holiday its location was perfect rooms spotless cleaned every day.abig hello to katherina george and mamma not forgetting rocco the parrot we hope to be back very soon

Going to Kalamaki this year but will definatley be visiting the Valais as much as I can. The most wonderful peolpe here Katerina George and momma xx

Went to this pool praticaly evey day of our 2 week holiday! The food was great! The service was good and the pool lovely! My baby loved it!! LOL

I was there end of August and noticed too that they had started doing work on a couple of bedrooms but to be honest didn't hear anything down by the pool - and these were 2 rooms facing th pool.
Would definatly think about staying here next time.
View 8 posts by Holly T

I have just returned from Hotel Valais after my seventh visit. This is an unforgettable location which I can recommend to anyone. The hotel is like a home from home. The  rooms have everything you need for a comfortable holiday & are kept spotlessly clean by the dedicated cleaning staff. Although there are many restaurants in the area the hotel can produce lovely meals in the poolbar.  My thanks go to George, Katerina & mum for making me feel so welcome. A special mention for the staff - Julie, Adam, Richard (Not forgetting Wayne & Nigel). The food is great, the location is great. The best recommendation that anyone could make is the fact that so many people go back time & time again. This is just such a lovely friendly place to be nobody wants to go home.

Just spent our 21st year at The Valais the best hotel on Zante, many thanks to George, Katerina, Mama and staff for our wonderful stay and are counting down to next year !!!!!
Russell & Clair

Stayed here for two weeks in August and to be honest would not go back again.

The room we had looks nothing like what's on their website. The TV only had one English speaking channel which was Sky news so incredibly boring. I know you're on holiday but when getting ready to go out it's nice to have some background noise you can understand. The bathroom was small and had the most disgusting mat to step out on, absolutely filthy and when it got wet from the shower it squelched and who knows what you were treading in. The shower itself was okay but did suffer from pressure/temperature change. On the last night there didn't seem to be any hot water at all.
The maids came in every day to change the toilet bin, towels and bedding were changed about twice a week. Towels didn't look the cleanest of things. There was a sign in the bathroom asking for towels not to be put on the floor or to mop up anything that may stain them but think it was a bit late for that. Also one time the bedding was changed we found long black hairs on the pillows. Not nice and easy enough to be seen for them to removed before they left it like that. The good thing about the maids was that they didn't come too early so there was never the chance of them walking in on you.
For some reason during our stay they started doing up one or two of the rooms, chipping plaster off the ceiling at nine o'clock in the morning. Didn't make for a good lie in after being out all night. Then you could still hear it round the pool. Not sure why this couldn't have waiting til the season was over.
Breakfast was okay but not really worth getting up for although served til 10am so no big rush to get up.
Pool area was clean enough although the pool itself was pretty grimy around the edges, so much so that people have written their names in it. Also sunbeds are plastic and hard and they charge 2 euro's if you want a mattress thing to go on top.
The bar and seating area is always nice during the day and the food not bad. Dead at night times though.
The best thing is the location as you're just across the road from the beach so easy to hop from pool to sea and back again.
All in all I would recommend the Alykanas Village over this any day of the week. We have stayed there twice before but it's now a bit overrun by kids as it's a Thomson Superfamily hotel so wanted to try somewhere different but with a similar location.
This would probably have been better if you're paying less money than what we did, but for what we paid it just wasn't worth it.
View 5 posts by L

To be honest there are not enough superlatives to describe how great this hotel is. Nothing is too much trouble, the staff are fantastic,  all of which ensures a pace of life that holidays should have.  Just brilliant!!

See you next year!!!

Hello to ALL at the Valais,
Thank you for our 20th year at the BEST Hotel on Zante.
Our stay just gets better and better.
Only 335 days to our next visit.
Love and best wishes,
Clair and Russell.

Thanks George and Katerina for a wonderful two weeks. Fabulous food, lovely room, very clean, great staff and great company. Hiring a boat for a trip up the coast from George is a must. All the best and once again thanks. Hope to see you again soon.

Fantastic place - we were originally booked into the Alykanas Village Studios and Apartments with Manos, but Thomsons did us a MASSIVE favour by taking over that accommodation.

We booked the Valais through Manos - Roxy greeted us as we got off the bus, took us to our room, and was generally fantastic all the way through the fortnight. Katerina is an absolute legend - especially considering a lot of her English was learnt around the bar area !!
Rooms are spotless and comfortable (if a little small for a family !) - the breakfasts are basic, but very fresh and tasty - the bar snacks are superb and reasonable - my only complaint would be that the dogs and roosters somewhere behind the Mill Bar need shooting !! (However, these don't belong to the Valais !!)
My 5-year old daughter loved it, and cried all the way home, saying "I'm missing Roxy !!"
We will definitely be going back there ASAP.
View 3 posts by Warren R

worked for valais for a summer on beach . great family. karoke dave.

This holiday just gets better and better, this is our 3rd year at the Valais Hotel. Location great, food great.
You always get a great reception by the owners, Katerina George Roxy and Momma. If you need anything they will do it for you. This Hotel people return back year after year it a bit like a holiday re-union. We were so sad to leave but hey we will be back next year.

Just a very big thank you to ALL at theVALIAS for our 19th very enjoyable holiday and we are already looking forward to our 20th year in 2007. (50 weeks and counting)

The Valais is an excellent hotel that just gets better and better each year.
Love and best wishes.
Clair and Russell.

An added extra to previous comment. Had a bit of trouble with computer while putting on other pictures. Also put myself down as my email name. Now I'm organised I thought I'd have another go. Gives me another chance to say how great this hotel is. Previous photos are of pool (obviously!) and of Roxy and Sanja on the bar. Couln't resist this one of Katerina but here she is looking normal too!

Just returned from 2 weeks at the Valais Hotel and needed to tell everyone what a great place it is. Katerina, Roxy, Sanja, George, Mamma and the rest of the staff all made us really welcome. For those needing to know we went through Global Travel in Durham (also fantastic) with Manos.

If you're wanting to visit Zante and are unsure where to stay you will not be disapointed. Excellent place, excellent people and excellent weather. What more could you want.Would recommend to everyone.
View 3 posts by Helen F

Just a big hello to all at The Valais. We are looking forward to our 19th year at the best hotel on Zante from the 17th August 2006.
Look forward to seeing you All.
Love and best wishes,
Russell and Clair Vince

They use only MANOS where the advertising goes as far as i know - they have a web site too - just type the name in a search engine and you can email - call them direct!

Great bunch of people, have kept in touch with them for past 4 years.
View 2 posts by Rich S 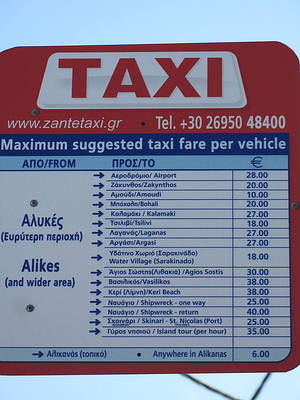 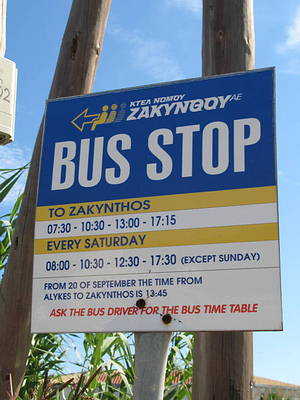 More Hotels and Apartments in Alykanas...